In the past few seasons the end of March has found me well underway, having fished consistently since mid- January. Not quite as much this year…why?  The answer is simple, seems we had somewhat of a normal winter this last round – with plenty of cold and ice, snow, wind and all of the things that drive one to the ski hill or tying vise rather than the trout stream. In the past few weeks though things have changed.

Even with snow in the forecast in the days ahead, winter seems to have lost it’s grip now – the valley snow and ice is long gone and the grass is even starting to show a hint of green. Rivers such as the Yellowstone and Gallatin are off color, even muddy, indicating snow melt and plenty of it. There is no debating that it seems early for this shift to start but its certainly later than we have experienced such conditions in the past two years.

There is no question that spring fishing is here – while much of what surrounds the river seems still half asleep and recovering from winter, the fish are active and ready to go. Given the above average snowpack and the moisture predicted in the upcoming weather modules, I’m optimistic that we are in for a good summer. 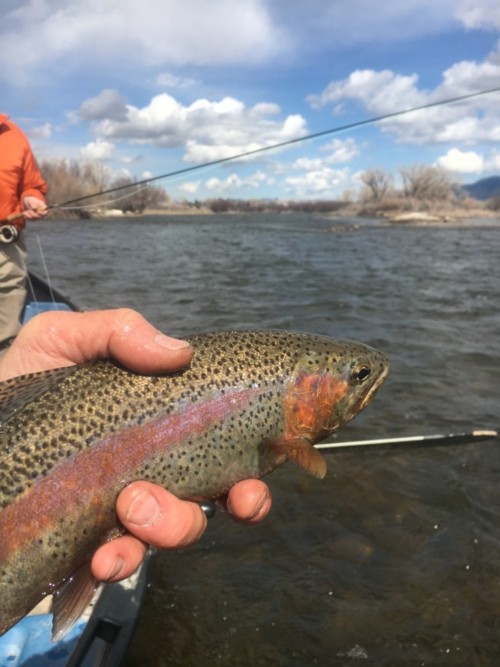