No Shortage of Ice 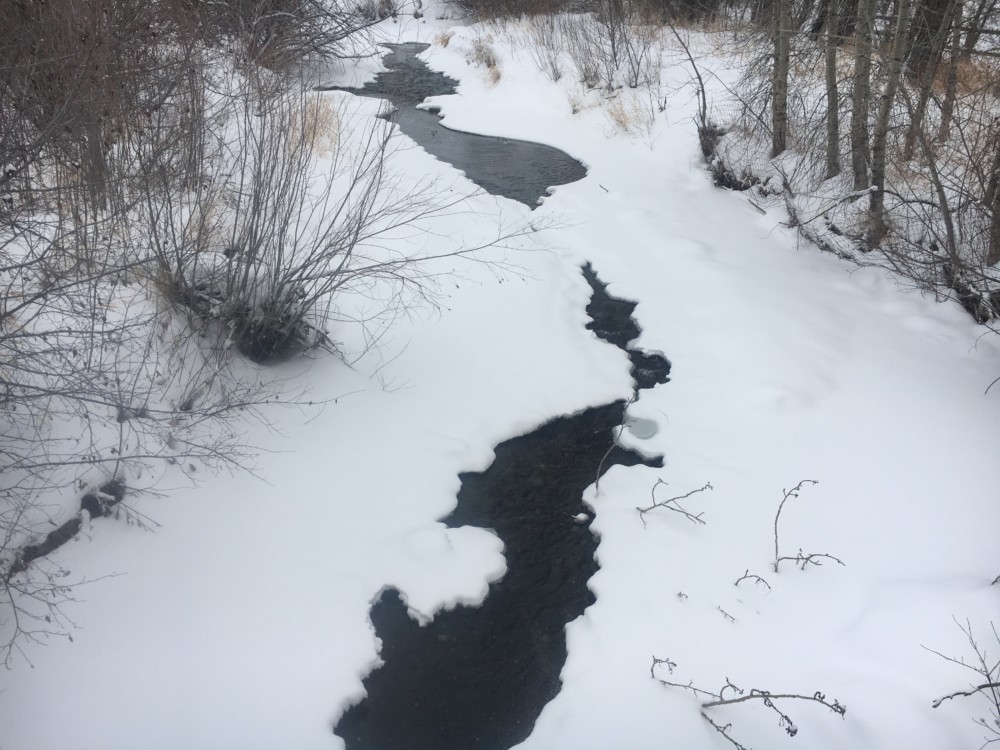 As it should be, it’s been cold around here as of late. How quickly we forget that Montana is supposed to be bitter during the winter months. The past few years have been mild and relatively pleasant. Depending on who you might talk to though, conditions as of late are more like it – a glimpse of the old days. Snow, ice and plenty of sub zero temperatures…doesn’t bode well for fly fishing fishing at the present time but, we aren’t really supposed to fly fish now anyway. January is a time to ski, to play hockey and, if one chooses to fish, to drop a jig through a hole in the ice.

Obviously, a key to ingredient to ice fishing is safe ice and with numerous days where temps have not left the single digits, there is no shortage of it. As of last week it seemed most places had at least 8-14″ of ice and more has likely built since. With the general rule of 4″ safe for human passage, 8″ safe for ATV travel and at least 16″ of ice needed to support a vehicle, we have little concern of going through. Long past are my days of driving to the perch grounds – why risk the truck when one could walk. Actually, the reasons are many – speed, heat, tunes, etc… . Maybe I’ll drive next time. In my dad’s truck.

Either way, the action has been red hot lately from perch on Holter Lake to trout on Canyon Ferry and Hebgen and while this isn’t the caddis hatch of May and hardly resembles anything to do with salmonflies or hoppers, it’s every bit as much fun if not more. And talk about productive…..fish aren’t always easy to find though the ice but…. when you find them…. look out. Consider the thrill of hooking and fighting a large rainbow in open water. Now, imagine the same battle through an 8″ diameter hole on a 24 inch light action rod. It’s like pulling fish out of the ground – amazing, mysterious – hard to describe.

Indeed, the obsession with hard water angling is hard to describe by those who do it and even more difficult to process for those who don’t. When the bite is on, it’s not uncommon to see hundreds of anglers out on the ice, staring into holes, working their jigs and maggots or waiting for the tip up flags to fly. Why are they there? What’s the draw? It’s fun. Simple good honest fun and something anyone who who like to fish should try at least once.